Courtney Kelly is the Band Manager of the Hawkeye Marching Band, and a fourth year student studying Music Education and Trombone Performance. She has been a member of the Hawkeye Marching Band Trombone section for three years. Before becoming a Hawkeye, Courtney attended Lewis Central High School in Council Bluffs, Iowa, under the direction of Mr. Dan Tucker. At Lewis Central, she was trombone section leader for two years and recieved the John Philip Sousa Award along with the Louis Armstrong Award.

Courtney studies with trombone professor Jonathan Allen, and quickly found a community in the School of Music and in HMB. Alongside playing in the University's Concert and Athletic bands, she is vice president of the Iowa Trombone Association and the University of Iowa Women in Brass club. Courtney is also a member of Sigma Alpha Iota Women's Music Fraternity. When not at Voxman Music Building or Marching Band, she is likely playing board games or spending time with her cat, Jax.

Current + Past Band Managers of the Hawkeye Marching Band 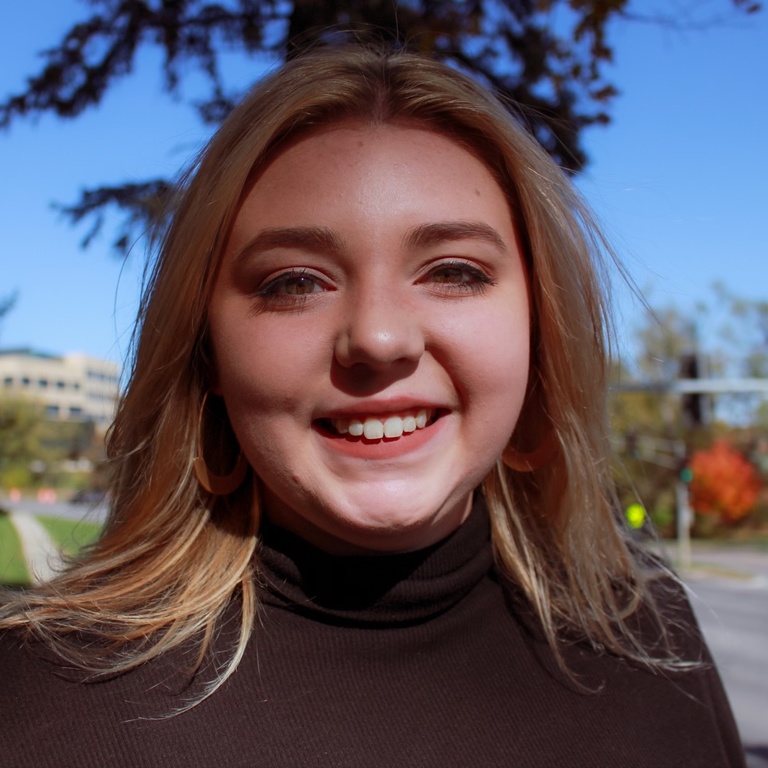