The Hawkeye Marching Band has a rich and storied past at The University of Iowa. From its beginnings as a fledgling group in the Military Department to the 250-member marching musical ensemble it is today, the HMB is considered to be one of the finest collegiate marching bands in America.

Its early years in the Military Department were marked not only with significant strides, but also with considerable setbacks. The military leaders were eager to have an ensemble available to perform for various functions, but the support for the group was not always returned in kind. Early student leaders of the band performed admirably in moving the direction of the band forward, but the inconsistency of leadership from one year to the next hampered true progress. 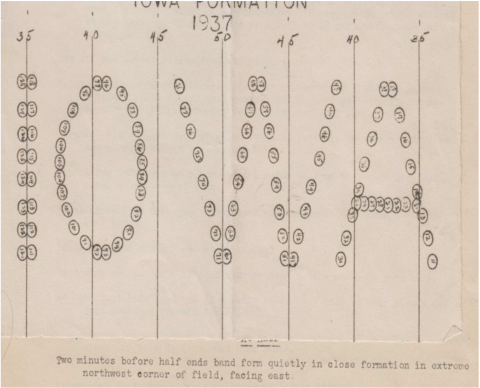 The organization was deemed worthy of proper instruction when, in 1906, the University hired its first professional bandmaster, Henry G. Cox. Five years later, Orie E. Van Doren, the last student director of the band, was hired as the first official Director of Bands. Van Doren laid the groundwork for the modern era of The University of Iowa Marching Band.

Shortly after the band moved out from the Military Department into the School of Music, Charles B. Righter was hired to replace Van Doren. He immediately set out to restructure not only the organization, but also the style of instruction and appearance of the band in performance. In addition, he worked to grow the size of the program, which proved difficult due to the strength of established programs already within the School of Music and the presence of the Scottish Highlanders in the Military Department.

In 1954, the football team had only had four winning seasons in the previous twenty years, but head coach Forest Evashevski was confident that Iowa was on the verge of a breakthrough. To match this confidence, he wanted a band worthy enough of performing in the grandest of all bowl games, the Rose Bowl. Frederick C. Ebbs was charged with this task. Ebbs’ creative imagination brought a new fast-paced and upbeat show-band style to the Hawkeye Marching Band.

Frank Piersol, who was hired in 1967, oversaw the transition of the direction of the Hawkeye Marching Band from the responsibility of the Director of Bands to that of the Associate Director. Thomas L. Davis, who had served as assistant to both Ebbs and Piersol, took over in 1968 and utilized his talent for composition to create fresh musical arrangements for the HMB. He also supervised the reintroduction of women back into the marching band for the first time in almost thirty years.

Morgan Jones’ leadership saw the greatest growth not only in numbers for the band, but also in quality. His stint of eighteen years as Director of the HMB included major changes in the halftime performance style of the band as well as in the uniform. The band performed in many bowl games after the University hired head football coach Hayden Fry including three more Rose Bowls. This made Jones the only person associated with the band to participate in all five Iowa Rose Bowls. His tenure was capped with the awarding of the prestigious Sudler Trophy in 1990.

The HMB entered a period of transition in the 1990s. David Woodley, an alumnus of the program, was hired as Interim Director in 1991. However, his term would be short-lived when David Henning was hired as Director in 1993. Although Henning had great vision for the program, his tenure was also brief, and he left the University in 1996. Jones was brought back as Interim Director for two years to help restore stability to the program.

After two years of searching, L. Kevin Kastens was hired as Director of the Hawkeye Marching Band. In addition to restoring key traditions in the pregame, he continued to build on the past while making provisions for the future growth of the program. Kastens' tenure at Iowa lasted 20 years, as he retired in the spring of 2018.

-From Dr. Carter Biggers' Dissertation, On Iowa! a history of the University of Iowa Marching Band, 1881-2012

Directors of the Hawkeye Marching Band 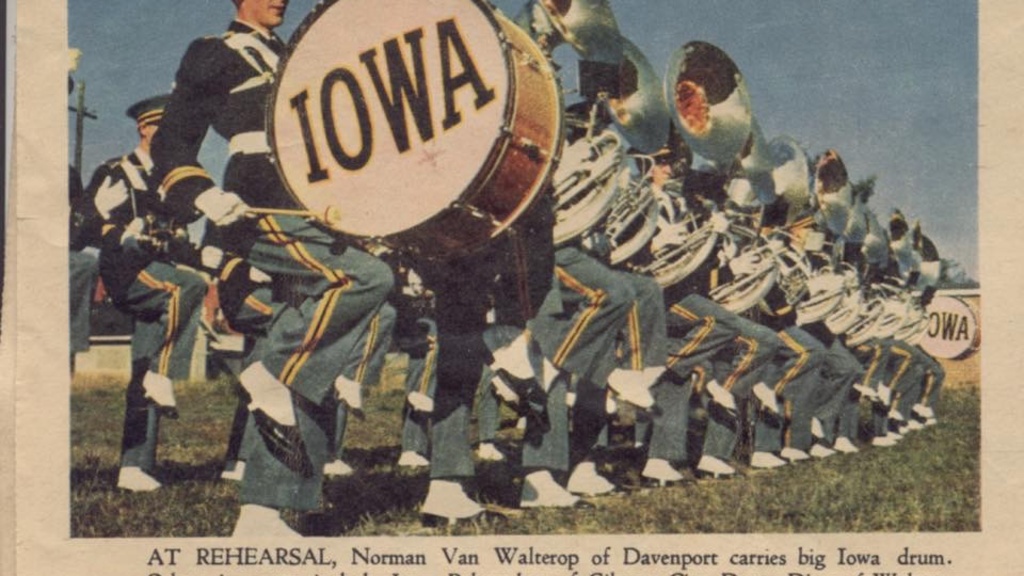 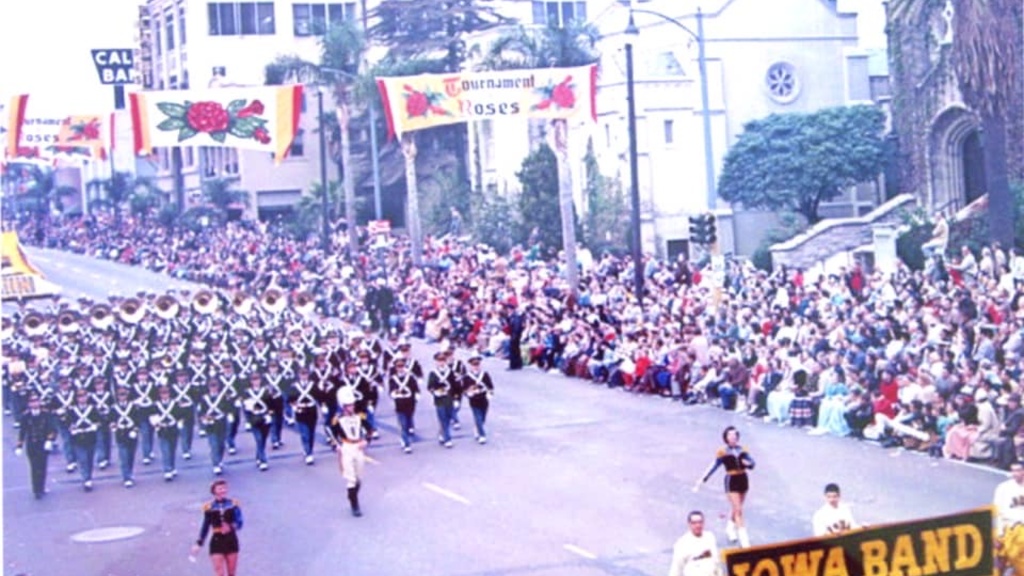 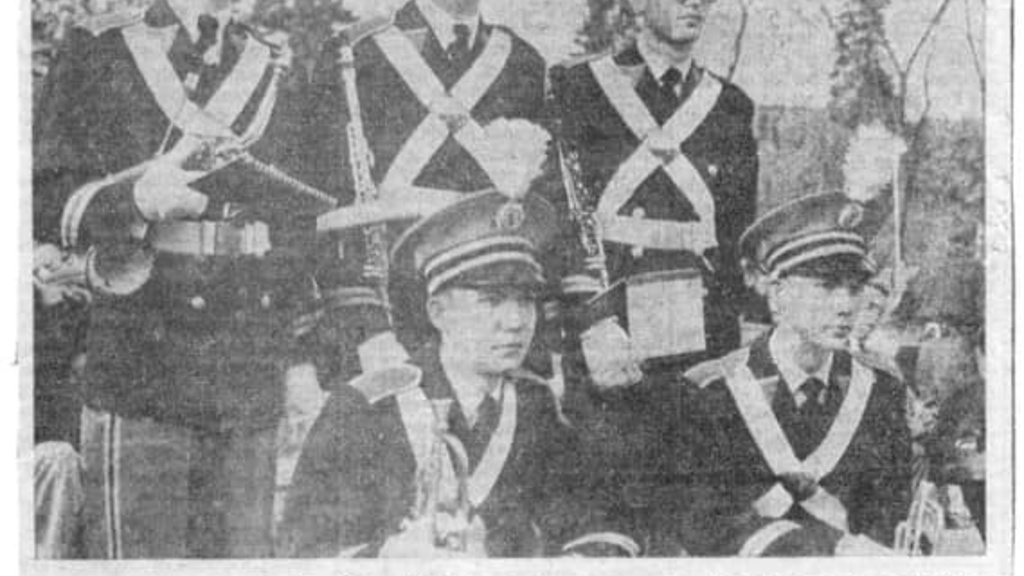 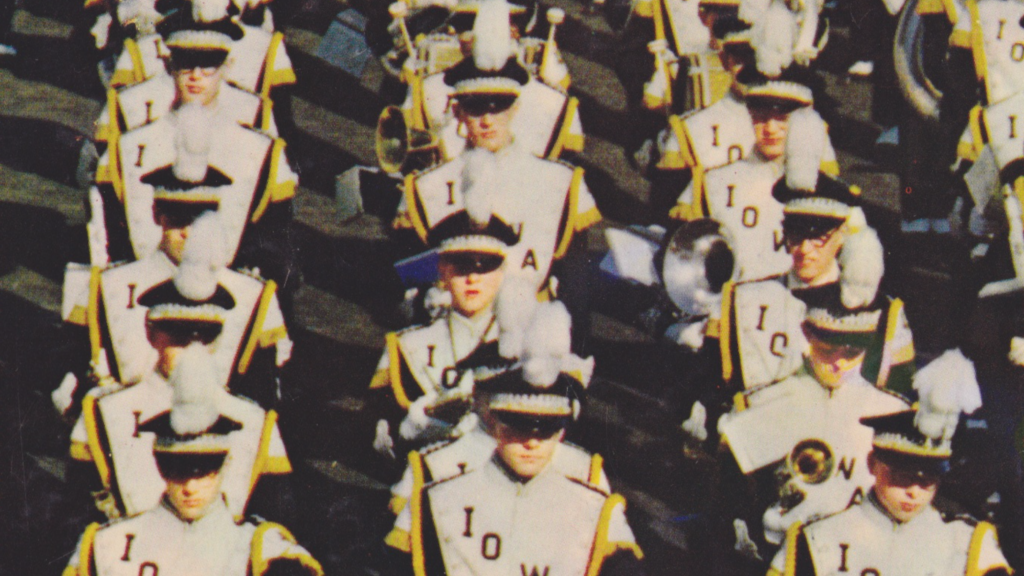 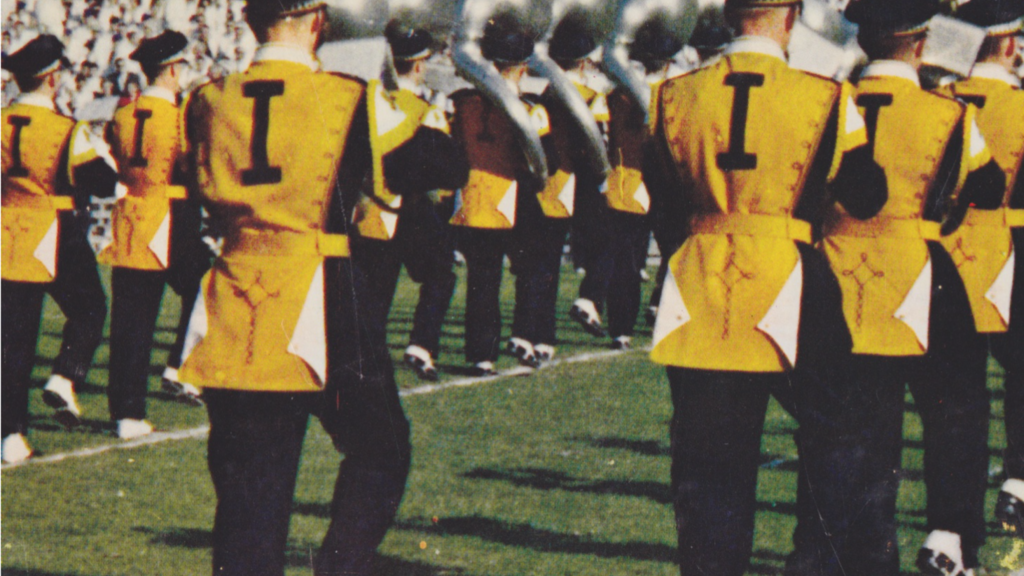 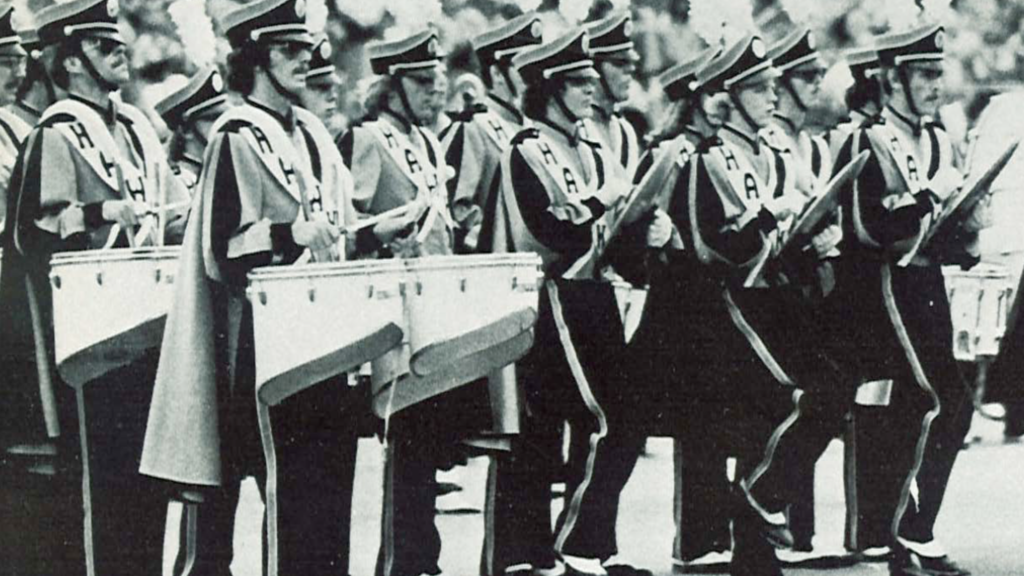 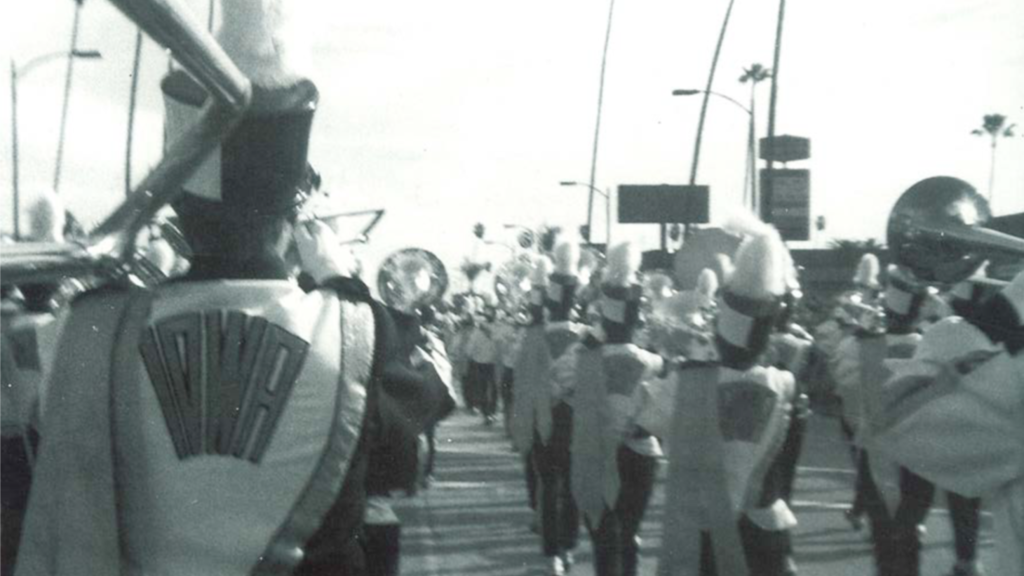 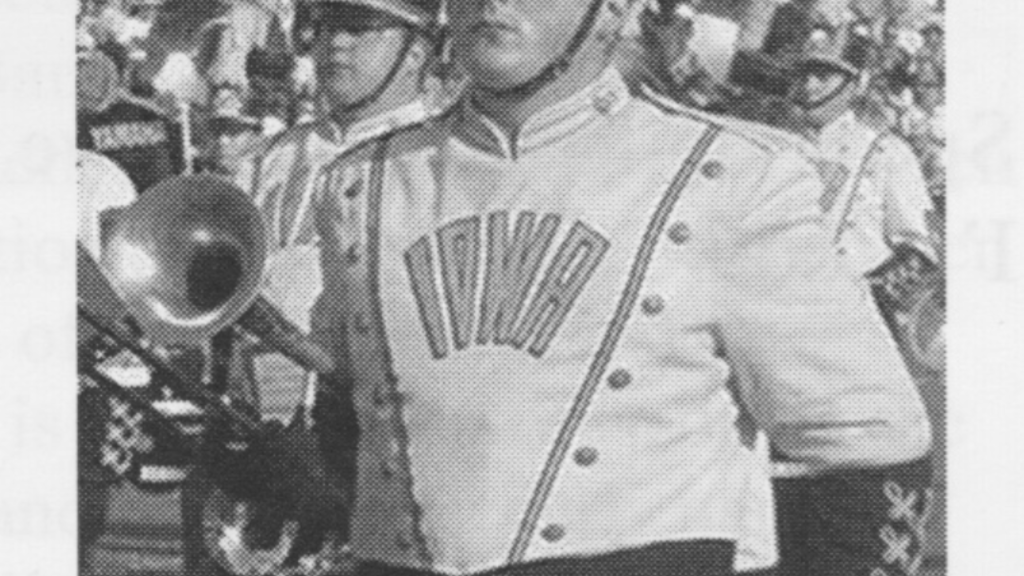 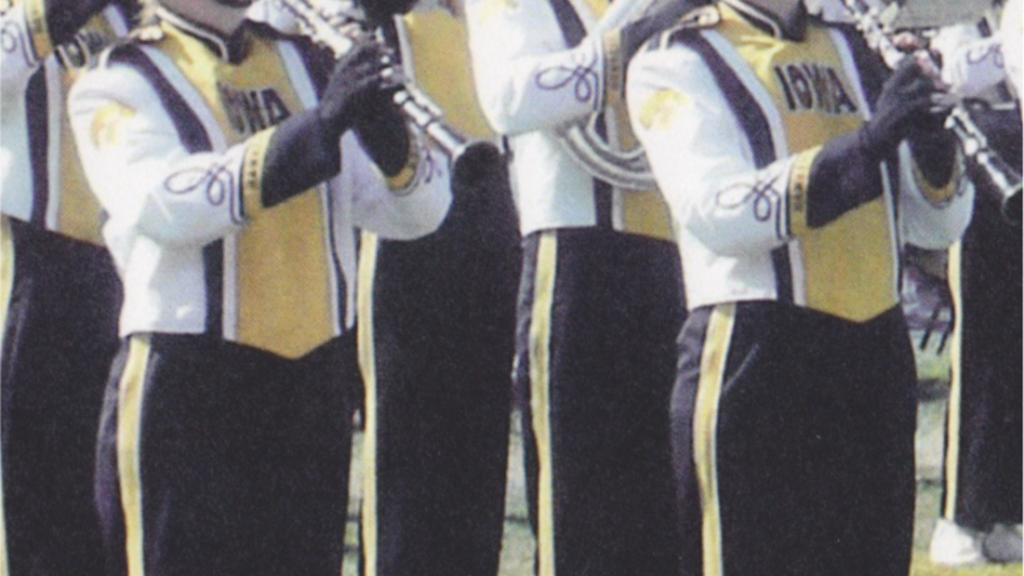 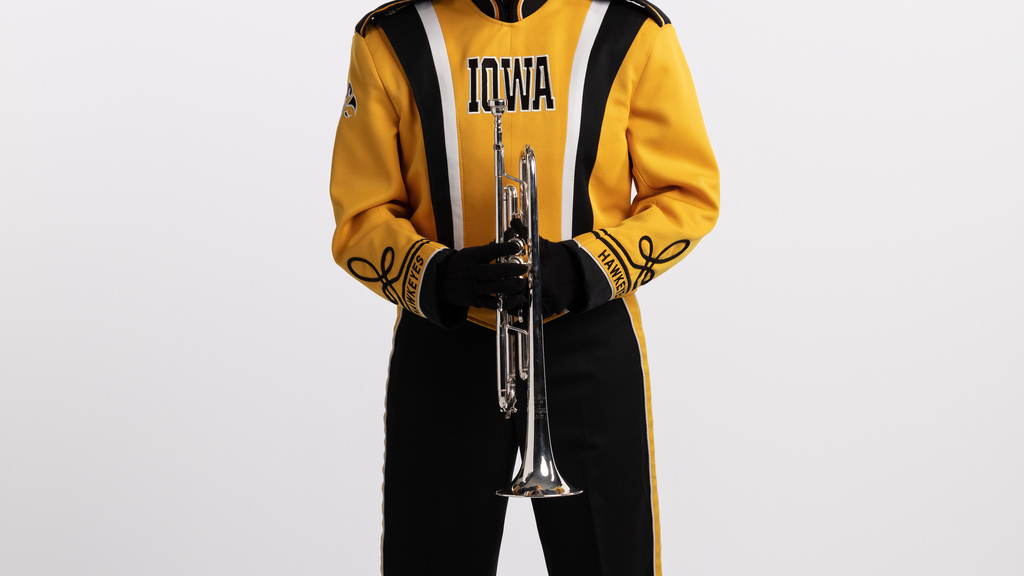